What the Catesby Tunnel brings to vehicle testing 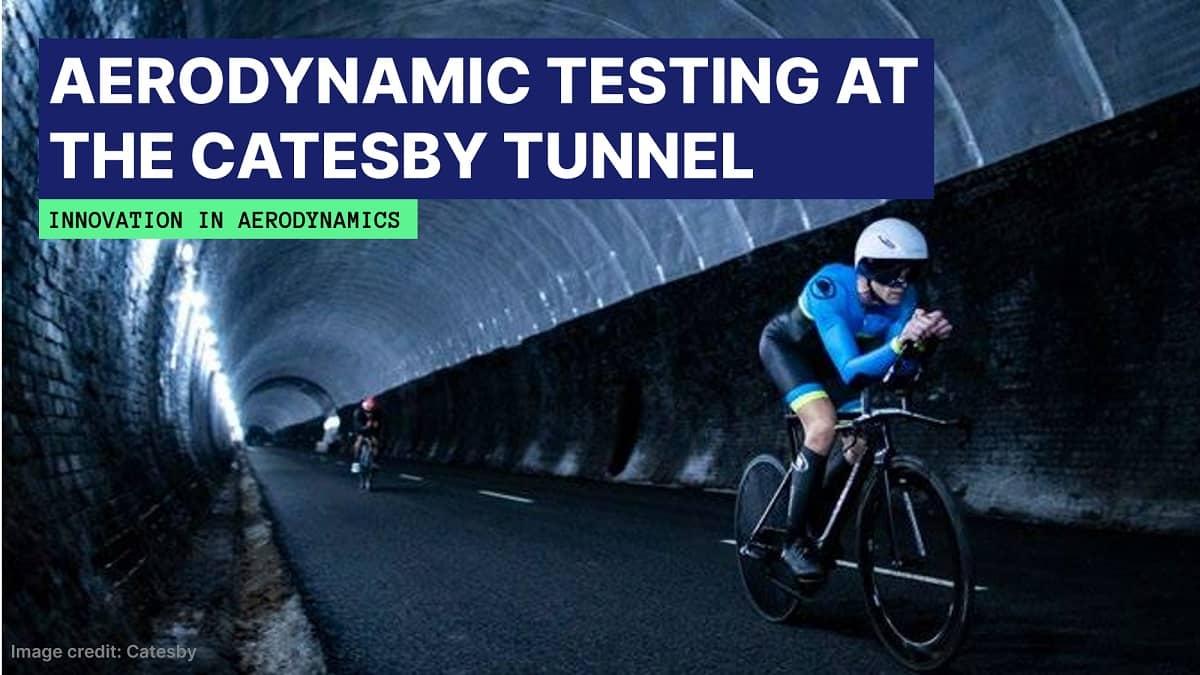 The Catesby Tunnel is a multi-million pound project that is set to become a new global benchmark for full scale vehicle testing. The project has been in development since 2013 and this week it will be open for business for the very first time. To find out more, we spoke to Jon Paton, Group Leader at TotalSim who are leading the engineering behind the project.

What is the Catesby Tunnel?

The Catesby Tunnel was originally constructed as a Victorian railway tunnel on the Great Central railway main line in the UK. It was built in 1897 and was in service for 68 years until it eventually closed in 1966. It is a perfectly straight 2.7km long tunnel, which took approximately 30 million bricks to build.

In 2013, the Aero Research Partners Ltd initiated the design phase to convert the disused railway tunnel into a state-of-the-art vehicle testing facility. A science and technology park will also be built adjacent to the tunnel, offering CFD, 3D scanning and other services. The Aero Research Partners Ltd is made up of TotalSim, a private investor and an automotive OEM.

The Catesby Tunnel in numbers

The tunnel is 2.7km (1.7 miles) in length and 8.2m wide which is unusually wide for a tunnel in the Victorian era. In fact, it's width is more than double that of conventional tunnels at that time, pushing Victorian construction to the limit. This results in a cross-sectional area of 40m².

Another impressive statistic is the gradient of the track bed, which is a constant 1:176. So for each 176m travelled, the height only changes by 1m, which is particularly useful for repeatable testing. The Victorian engineers couldn’t have done much more to make it perfect for an aerodynamic test facility.

How does it compare to road testing?

Real world testing such as on a test track or proving ground is an important element in vehicle development programmes. From an aerodynamics point of view, it offers many advantages over testing in a wind tunnel:

However, the downside of testing in the real world is the lack of repeatability due to changing weather conditions, which is particularly challenging in the UK:

The Catesby Tunnel, by contrast, suffers from very few of these problems. It sits below thousands of tons of earth, providing it with an enormous thermal inertia. This greatly reduces variations in temperature, density and humidity, which strongly increases the repeatability of vehicle tests.

"The length of the tunnel also means that there are no wind effects so the flow distribution is much more uniform than in a conventional wind tunnel,' explains Jon Paton, Group Leader at TotalSim. 'This means there is no need to implement flow conditioning techniques such as meshes and grids to reduce perturbations in flow velocity.'

By improving the repeatability of tests, engineers are then able to isolate and compare smaller differences in measured forces, knowing that any changes are real and not just measurement uncertainties. This allows for more detailed design iterations where every marginal gain can add up to a substantial performance improvement.

How does it compare to wind tunnel testing?

Wind tunnels are also designed to overcome some of the problems of real world testing. They aim to eliminate the same repeatability problems and add some additional benefits. Forces can be monitored via a force and moment balance and many different set ups of the vehicle can be analysed within a short time frame, such as aero mapping.

However, nothing comes for free, so there are also a few downsides to using wind tunnels. 'This is where the unusually large width of the Catesby Tunnel can add real value to a test programme,' highlights Paton. 'The cross-sectional area of 40m² is considerably larger than a typical car. Take the Tesla Model 3 for example, which has a frontal surface area of around 2.3m², this means the blockage ratio is less than 6%.'

'The large width of the Catesby Tunnel also helps to minimise wall interactions which would normally affect the quality of the airflow. The Tesla Model 3 is around 1.85m wide compared to the 6m wide roadway in the tunnel.'

Another benefit to testing at Catesby is that the vehicles are actually being driven. As a vehicle moves through air, it drags along a certain amount of air – an effect called “added mass”. This will be captured more accurately in the Catesby Tunnel then it would be in a conventional wind tunnel.

Although, wind tunnels are also used in the early stages of a vehicle's design life; testing models with no chassis components. Whereas at the Catesby Tunnel, cars have to be fully drivable and so have to have a functional drivetrain. To get round this issue, customers can use an electric driving platform and mount items that they want to test, such as 3D printed bodywork designs, to this platform.

What types of tests can be done?

Alongside full scale aerodynamic performance testing, the Catesby Tunnel can also be used for vehicle performance evaluation. Low and high speed, acceleration and braking can all be tested along with the thermal performance of the powertrain, radiators and brakes. Aero-acoustics such as cabin noise, engine sound and exhaust systems can also be tested, removing the need for manufacturers to visit specific acoustic testing facilities.

Catesby can also be used for emissions testing, with Paton hinting that the tunnel may also support manufacturers towards WLTP certification. WLTP (World Harmonized Light Vehicles Test Procedure) is a global standard which determines fuel consumption, range and emission figures in a more representative way. The controlled environmental conditions offered by the Catesby Tunnel could, over time, also make it suitable to conduct the necessary WLTP tests.

How will accurate measurements be achieved?

Similar to real world testing, measurements are currently limited to on-vehicle or in-vehicle test equipment. For force measurements, Paton and his team are currently developing force plates which can be integrated into the ground, measuring the force as the vehicle drives over them.

'We may also include a system that will measure pressure differences on the wall of the tunnel to capture the pressure reflections of a vehicle passing by,' says Paton. 'By modelling the same vehicle passing through CFD [Computational Fluid Dynamics] simulations, we can then determine a correlation factor between pressure measurements and vehicle drag. This will allow us to estimate the drag on the car.'

There is also a plan to install an ultra-wide band indoor GPS system to measure the position and speed of the vehicle inside the tunnel with a precision of 0.1 km/h. This will allow for more accurate coast-down testing to measure vehicle drag and rolling resistance.

How will testing be kept confidential?

Confidentiality is always a huge consideration for OEMs and other users of facilities like this. Even at some of the most secure outdoor testing facilities, spyshots from unathorised photographers can be leaked, but this is impossible at Catesby.

"The tunnel is effectively a closed-off room that customers can hire and seal, so the Catesby team ensures full confidentiality," says Paton. "Vehicles are unloaded behind closed doors and then enter the tunnel directly. With 99% of measurements expected to be on-vehicle, we anticipate very few confidential setup and component changes to happen outside of the tunnel itself."

Overall, the Catesby Tunnel is an all-in-one cost effective solution which allows customers to test many aspects at the same time and on the same vehicle. "We have developed the Catesby Tunnel to offer a number of unique advantages in terms of repeatability, real-world conditions and cost-effectiveness," concludes Paton. "This makes it ideal for range and downforce optimization as well as achieving those all important marginal gains. By blending CFD simulations with real world testing, customers can conduct advanced vehicle development programmes and ultimately improve the performance of their vehicles."


How to use coastdown testing to measure drag

The transformation of Catesby Tunnel