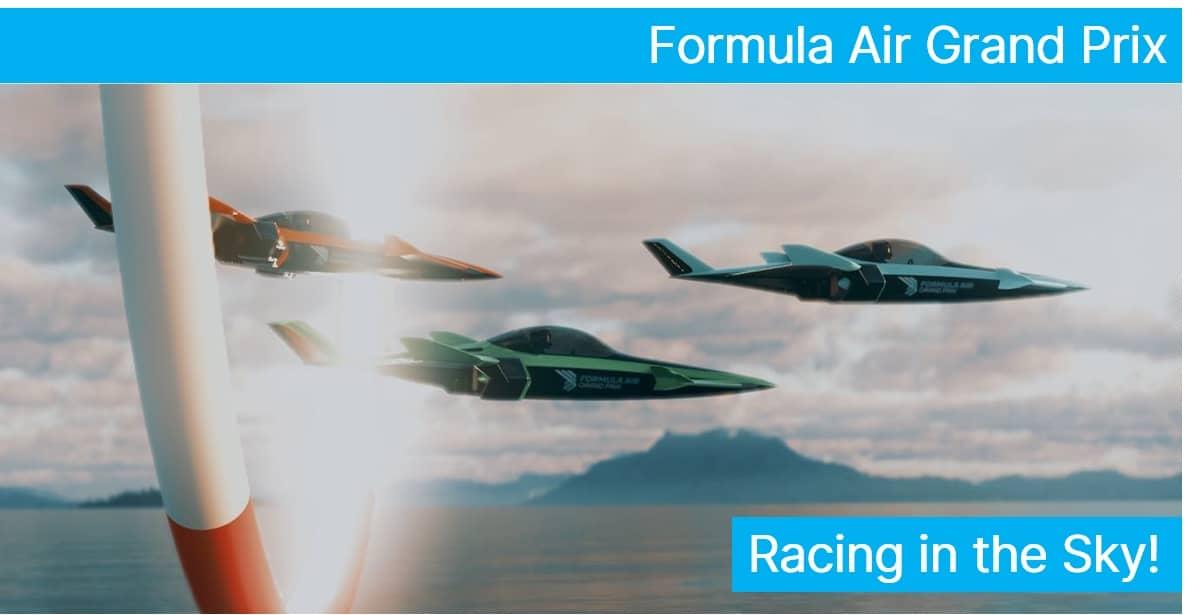 As a founder and CEO of multiple companies in the field of aviation, drones and other technologies, Lucas Marchesini co-founded Formula Air Grand Prix, with Cristian Mendez Carmona (who is the CEO) and other ex-colleagues. Now he leads Manta Aircraft SA which is developing the ANN2, the hybrid-electric V/STOL race plane that will be used for the series!

In the near future, new ways of transportation are likely to be added to the mix Urban Air Mobility (UAM). The key promises of this upcoming way of moving people and goods in the larger cities are fascinating: faster travel at reasonable fares; safe and enjoyable flight experiences; and smoother integration with the other transport modes. This can't be done with the existing helicopters and airplanes, therefore new aircraft types are being designed and developed.

The Formula Air Grand Prix (FAGP) is a global air racing competition aimed at bringing the stakeholders of this industry together, giving them a platform to showcase their technologies to a larger and larger audience. As in many other disciplines, racing competitions are an effective way to foster advancement in technology. FAGP's goal is to accelerate the market entry of the best players in the industry.

Manta is developing the base aircraft for the series, the Manta ANN2. This, in turn, can be modified by the teams with the aim to improve its competitiveness. The development of the Manta ANN2 aircraft goal is to demonstrate the capabilities of a vehicle conceived as a HeV/STOL. That's H for Hybrid, e for electric and V/STOL for Vertical or Short Take-Off and Landing. In practice, it can take off and land vertically like a helicopter, and fly horizontally like an airplane.

One of the goals of the project is to make an aircraft with exceptional maneuvering capabilities resulting from this mix of airplane and VTOL characteristics: hover in midair; perform a backward flip; jaw and roll beyond what standard flight control surfaces – such as elevators, ailerons and rudders – would allow.

The propulsion layout is the result of a series of logical design choices:

The aircraft features a canard layout, with the pitch-control plane set in front of the main wing (traditionally, these surfaces are in the tail). This provides the following advantages:

The positioning of the ducted fans underneath the main wing, ahead of the flaps, also provides advantages:

The Manta ANN2 features a hybrid propulsion system: a gas turbine running an electric power generator, batteries and electric motors. This configuration reduces size, weight and cost. The turbine allows increasing cruise range, as it is used to recharge the batteries during cruise flight (or at idle on the ground, eliminating the need for a recharging infrastructure). For VTOL operations extra energy is sourced from the batteries, and that’s when the max turbine power output is required.

Manta is following the fully simulated aircraft design approach, from the flight dynamics – through the use of Computational Fluid Dynamics (CFD) and wind tunnel data – to the different onboard systems (propulsion, electric, flight controls, etc.), being all integrated into a real time pilot-in-the-loop simulator. CFD have been extensively applied to analyze and optimize the pressure patterns on the aircraft, to obtain crucial inputs on lift and drag forces, and pitch, roll and yaw moments for the controller. And so on.

Formula Air Grand Prix will be a fascinating playground and testbed for the upcoming technologies that will eventually make their appearance in the Urban / Regional Air Mobility scenery. Novel aerodynamic layouts, propulsion setups and drive train packaging will contribute to make it become a sensational sport!