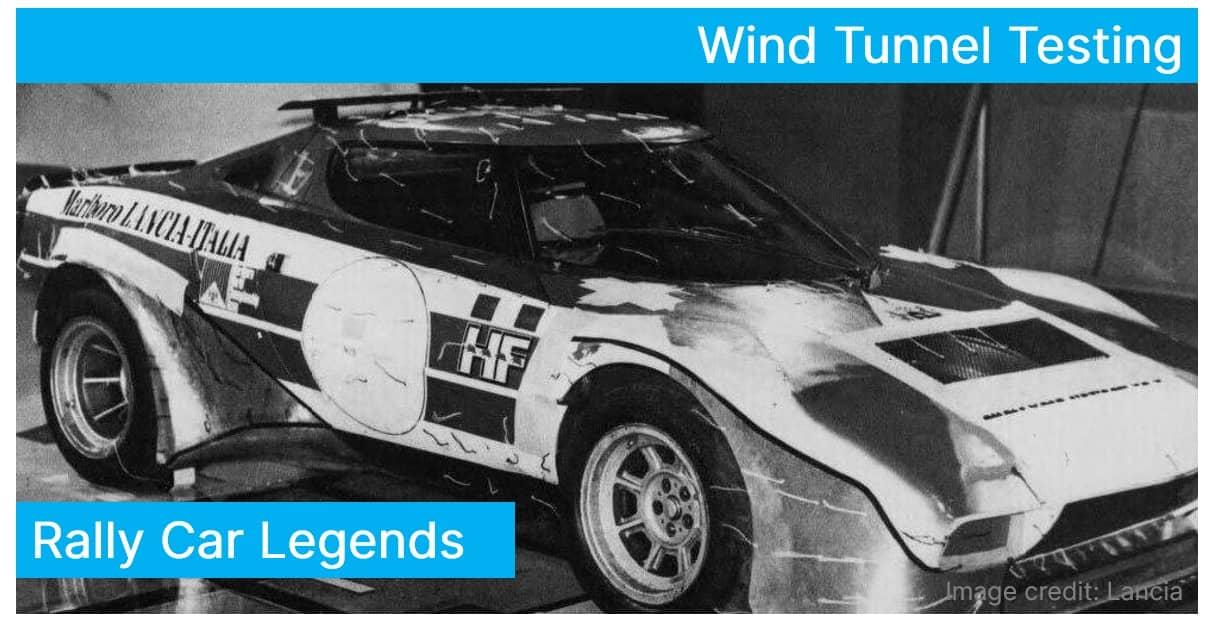 Lluis Vazquez Vilamajo has been a rally fan since 1978, intrigued by aerodynamics since the 80's and runs the website WRC Wings since 2016:

WRCWings is a non-profit initiative created to contribute to the understanding of the aerodynamics of current WRC cars, from rally fans to rally fans. At the same time, it is an opportunity to review the aero and the performance of some of the most iconic cars in WRC history of the last 60 years. But it also intends to recognize the effort, time and resources of so many people, teams and manufacturers to improve the aero and performance of those wonderful cars.

Note: this article is based on a much longer article at WRCWings and was (re)published with their permission. See the links at the end of this article to read the full article.

At a certain point in time in WRC history, manufacturers realized they could make a substantial difference through aerodyanmics. Ever since, they have been taking their cars to the wind tunnel to gain that extra edge. Aero upgrades always have the same goals: downforce, front/rear balance and cooling at a minimal drag cost. In this article, we'll have a look at a selection of interesting cars in interesting tunnels around the world - and learn to say "Wind Tunnel" in different languagues!

Gustave Eiffel. Not only did he create the Eiffel tower, he had also designed a wind tunnel, located at the base of the tower. When he had to move it, he created the Laboratoire Aérodynamic Eiffel, featuring a wind tunnel which was used by Peugeot just 2 years after opening. Many years later, Peugeot took the 206 WRC and later the 307 WRC to the tunnel.

They used scaled models for both cars, which allowed them to test in smaller (and thus cheaper!) facilities. But scaling laws and velocity limits impose extra constraints on aerodynamic testing. So they also performed full scale testing at facilities such as the S4 wind tunnel of the Institut Aérotechnique (IAT), where they did the aerodynamic development of the 205 Turbo 16 in 1984.

The Laboratoire Aérodynamic Eiffel also served that other legendary French rally car manufactuer - Citroën. Some of the most successful rally cars like the Xsara WRC (2001), the C4 WRC (2006) and the DS3 WRC (2010) were tested here.

Citroën also used the S2A (Souffleries Aéroacustiques Automobiles - jointly owned by PSA and Renault - see also our article on the Tesla Model Y that was tested there) for full-scale evaluation of the C4 WRC. Real conditions, real wind speeds and the lack of scale factors made this a very suitable tool to find extra aerodynamic performance.

When you say "Rally" and "Italy", you say "Lancia Stratos". Most of the work, in terms of aerodynamics, was done in facilities close to Turin, Italy. The Lancia Stratos and the Lancia Rally 037 were both tested in the Pininfarina wind tunnel. This tunnel was opened in 1972 and was one of the first in the world to offer full scale testing for cars.

Back then (and still today), woollen tufts were one of the techniques often used to visualize the flow pattern on the surface of the car. These threads are so light that they are aligned with the local flow direction, providing the engineers with an opportunity to validate their assumptions (and simulations) made during the design phase.

Also visible in some of these pictures are the load cells beneath the wheels to determine not only the total downforce but also the balance between front & rear downforce (the aero balance).

Already back in 1966, Ferdinand Piëch (grandson of Porsche) believed strongly in the power of aerodynamics to win races when they were working on their LeMans race cars. The Porsche 906 won the Protos 2l category and finished 4t, 5th and 6th overall.

The famous ducktail was actually born in the wind tunnel as a means to reduce the lift problem they had by 50%. Also visible is the innovative way to measure the downforce at the front & rear independently by using a hanging support for each axis.

Piech was also known for being concerned with secrecy - the aerodynamic design work on the Audi 100 for example was spread over 5 different wind tunnels so that no one would see the full car. That definitely helps to explain why there aren't many pictures of German (or Japanese) cars in wind tunnels. We didn't find a single image of the Skoda Fabia WRC or the VW Polo WRC, both of which were tested in the wind tunnel.

Mitsubishi honed the aerodynamics of multiple Lancer Evo Group A models in the wind tunnel of the Mitsubishi Heavy Industries Headquarters. Just like the famous Subaru Impreza WRC cars, which were tuned in the wind tunnel at the Fuji Heavy Industries HQ Because most rally activities were managed by European structures, some of the fine-tuning was done at European facilities, mostly in the UK.

One such example is the Mitsubishi Lancer Evo Group A: the baseline design was done at the wind tunnel in Japan but then Ralliart (a private rally team) used the S10 wind tunnel in France or the MIRA wind tunnel in the UK for further fine tuning. The latter was also host to cars like the Impreza WRC (Prodrive) the Ford RS200 and the MG Metro 6R4 (developed with the support of Williams F1).

Hyundai joined the WRC championship in 2014 and uses its in-house Hyundai Aero-Acoustic Wind Tunnel (HAWT) in Seoul. It can accommodate full-scale models and provides wind speeds up to 200 km/h.

Wind tunnels have played a key role throughout the development of many successful rally cars over the past decades and will continue to do so for a long time. They help designers & engineers to validate their assumptions / simulations so they can ultimately design a faster rally car.

The Full Article at WRC Wings

Run your own Simulation