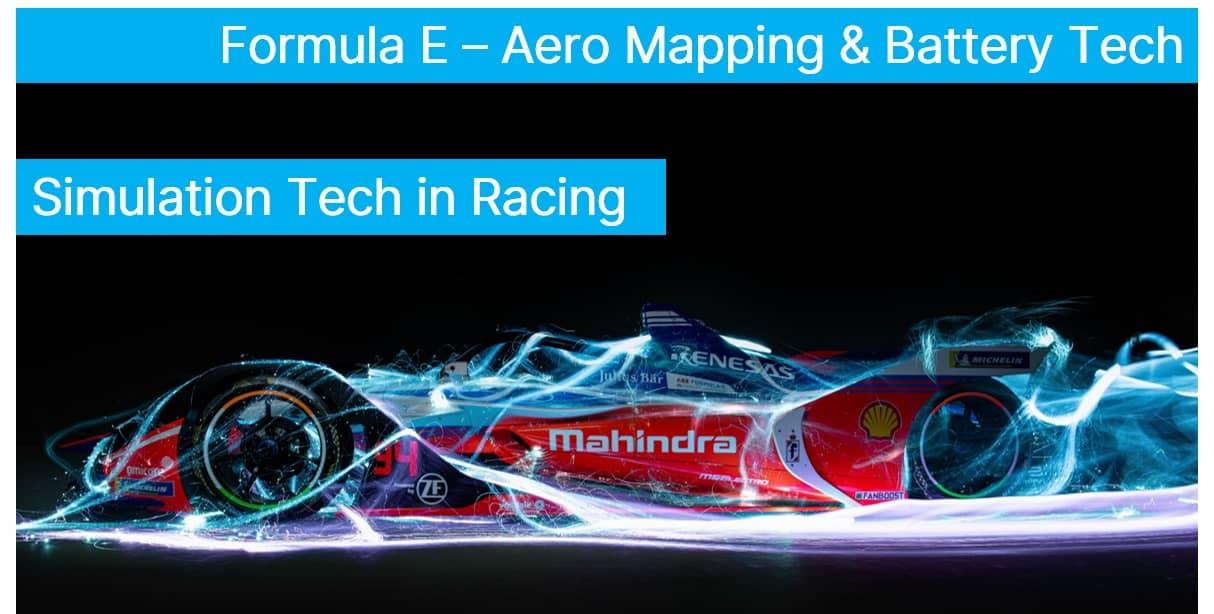 Koen Beyers is CEO of Voxdale, a Belgian design & engineering company. Before founding the company, he had been working on the rear aerodynamics of Jaguar's Formula One car (back in 2001) . And with Voxdale, he worked on cool projects in amongst others Indycar, the European Nascar Series and now Formula E for Mahindra Racing.

Formula E is a relatively young racing series featuring electric single-seater race cars. To keep the championship affordable, fair and competitive, the FIA has created a set of rules for the technical development. For example, the chassis and bodywork (designed and built by Dallara), brakes, tires, suspension and even the main battery are identical for all teams.

That means the teams need to look elsewhere to get the competitive edge, like drivetrain components. In the case of Voxdale, they looked at:

The setup of the car can make a tremendous difference in terms of lap times: the ride height at the front & rear, for example, strongly influence the downforce & drag that are generated.

This setup also influences the aero balance - the split between downforce at the front & the rear. The aero balance greatly affects the way the car handles, as it can induce / mitigate understeer and oversteer, how much traction is available, how stable the nose is at high speeds and so on.

As there is no time in the days leading up to the race or even during the race to analyse this, we created what is called an "aero map". This is a well-documented correlation between mechanical parameters (like the ride height front & rear) and aerodynamic performance properties. We used Simcenter FloEFD for Creo to perform CFD (computational fluid dynamics) simulations to build this aeromap (Read more about the complementarity of different CFD packages). Once we had it, we could use it to tweak the car's settings in no time to the specifics of each track.

Something entirely different was the 12V battery. This one powers all the mission-critical electronics systems on the car, so we couldn't take any chances. We had clear goals for this part of the development:

This posed a number of engineering conflicts. For example, making the casing thicker made it stronger, but this also reduced the cooling performance (as the thermal resistance was increased as well). And with insufficient cooling, we would risk thermal runaway of the battery (battery heats up, which reduces electrical resistance, which means more current, which generates more heat).

So here too, we applied a lot of simulations to learn & fail digitally when testing dozens and dozens of different concepts. This approach allowed us to deliver a reliable solution in the end.

Many aspects of the Formula E cars have been frozen by the FIA and for good reason. It all starts with a good understanding of the car, which in our case meant building a detailed Aero Map. And on the mechanical front, there is plenty of room left for proper engineering to make the difference when it comes to the drivetrain for example. This multi-disciplinary engineering challenge has been a real pleasure for the entire team :)


Video: What is Aero Mapping