The largest full size wind tunnel in the world - NASA 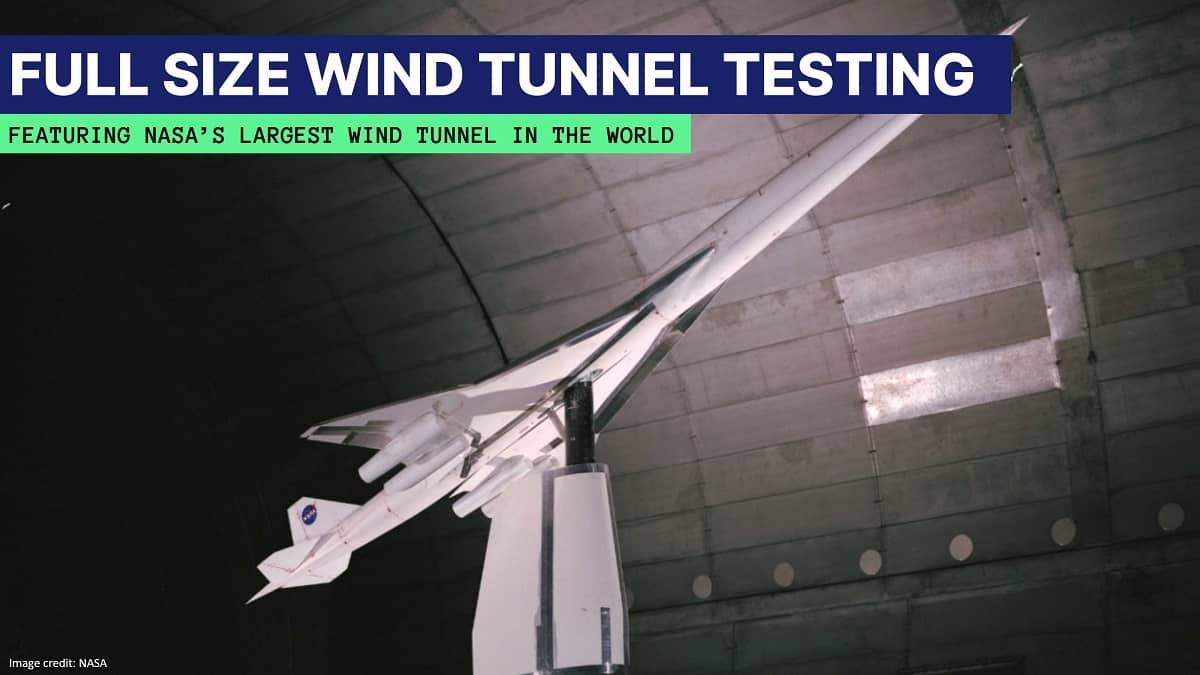 The world is very lucky to have NASA, a publicly funded body with a requirement to openly share all of its research. As we discovered in our guide to the best aerodynamic resources, the NASA report database is a goldmine of freely available data for aerodynamicists and engineers. It also contains a huge archive of photographs and publications chronicling their history.

That’s where we came across 'The World’s Largest Wind Tunnels' book by Kenneth W. Mort. This publication covers the history of the 40 x 80ft closed loop and 80 x 120ft open loop tunnels at NASA Ames in California, known as the National Full Scale Aerodynamics Complex (NFAC). It provides the perfect starting point to delve into the world of full size wind tunnel testing. 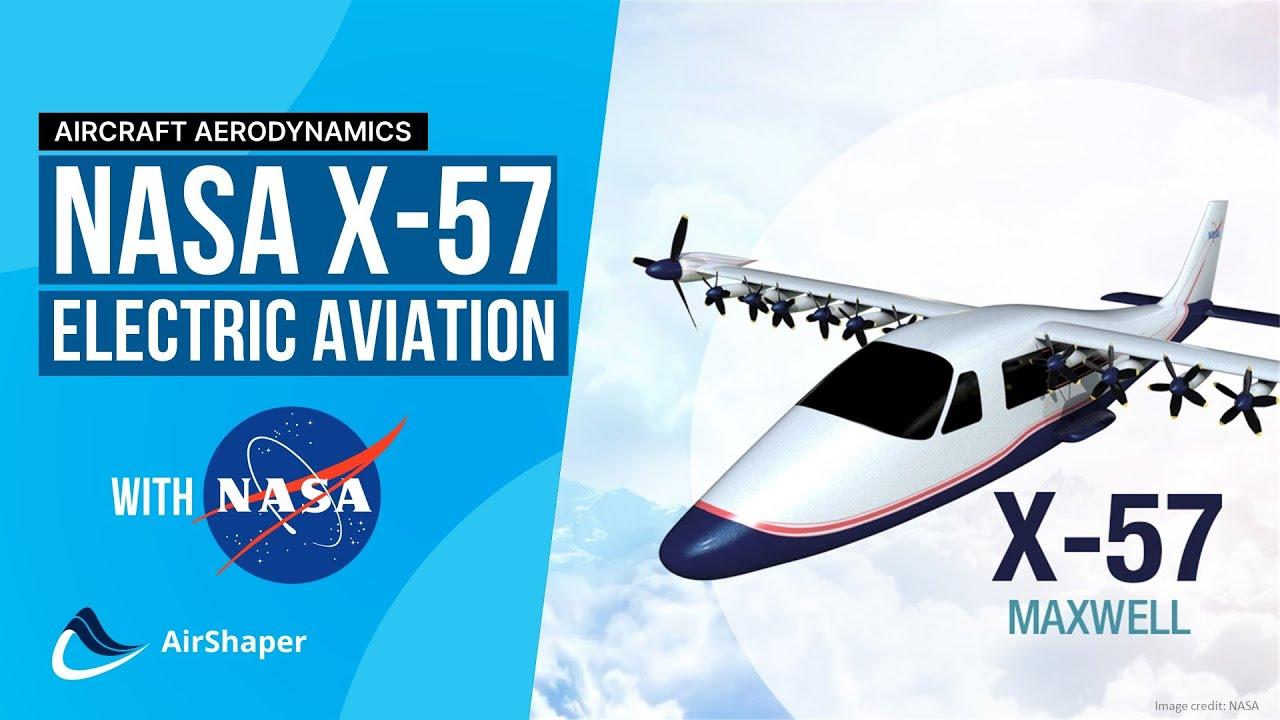 A lot of wind tunnel testing is done at model scale for obvious reasons. The test facility can be much smaller, fans less powerful and it is much easier to produce models and test parts. If you want to take an Airbus A380 and put it into a wind tunnel, its 80m wingspan is only the start of the problems that need to be solved.

If that is the case, why do engineers and aerodynamicists still want to try to test in very large wind tunnels? NASA’s 80 x 120ft tunnel (roughly 24m by 36m) will take an actual example of full size fighter aircraft. The key word here is actual.

The main reason for wanting to investigate a production aircraft is to establish its real-world performance. A typical problem when using wind tunnel models is that they can be too good a representation of the vehicle. For example, on a real aircraft, rivet heads, panel gaps, antenna and actuators all create drag and prevent aerodynamic surfaces working in the same way that they would do on a scale model. This is particularly vital for low-speed scenarios like take-off and landing where lift is at a premium.

The same applies for ground vehicles. A scale model Formula 1 car is very clean and stiff, so wind tunnel measurements are very accurate. A real Formula 1 car though, has gaps in the bodywork and lightweight carbon structures that deflect, giving quite different results on some occasions. Investigating these details led Williams, Toyota and Sauber to build their own full size wind tunnels in the early 2000s, which are unfortunately now banned by the regulations.

As we saw in our scale model wind tunnel testing video, a large wind tunnel section also helps achieve more accurate results with scale model testing. Keeping the section large with a small model allows you to minimise blockage effects and interactions with the floors and walls. A lot of work carried out in the NASA tunnels centres around low speed/high angles of attack scenarios and rotorcraft where there are high downwashing effects which are very sensitive to these things.

A large air volume and working section is particularly useful for quite bluff bodies that displace a lot of air. This was demonstrated in the NASA wind tunnel during a fuel efficiency test of a road going truck and trailer rig. The NASA 120 x 80ft tunnel is actually very well suited for this type of testing because it can only achieve 100mph in its large configuration.

These tests are desirable to help bridge the gap between CFD and the real world. CFD can model a vehicle without the constraints of a working section, but correlating the results is often difficult. Testing a truck on the road is too uncontrolled and instrumentation limited to do this effectively.

NASA’s 80 x 120ft tunnel is the largest in the world and is an engineering marvel in its own right. The basis for the building complex was a closed loop 40 x 80ft tunnel conceived in the 1940s. It was converted to add the 80 x 120ft open loop section in the 1980s, powered by the same fans.

Whilst the headline working section numbers for the NASA tunnels are large, the nature of a wind tunnel means that other aspects of the air circuit are much larger. Upstream of the 40 x 80ft section, before the contraction, the tunnel is 132 x 173ft (40 x 52m).

The engineering challenges don’t stop once the wind tunnel itself has been built. Such large test items each come with their own logistical problems during installation and removal. The tunnel working section has a hinged roof to allow access.

All-in-all, the facility is as much a wonder of engineering as the different vehicles that have been tested in it over the last eighty years. 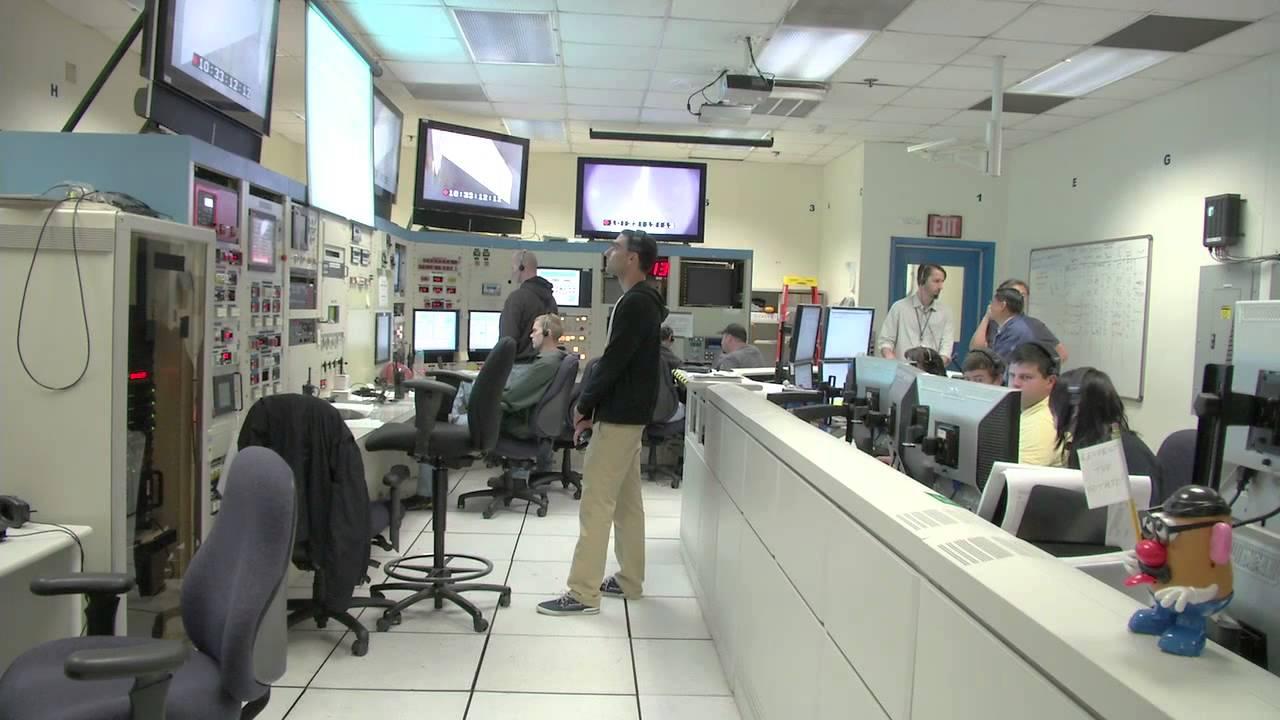