The technology behind the Sōr wheel 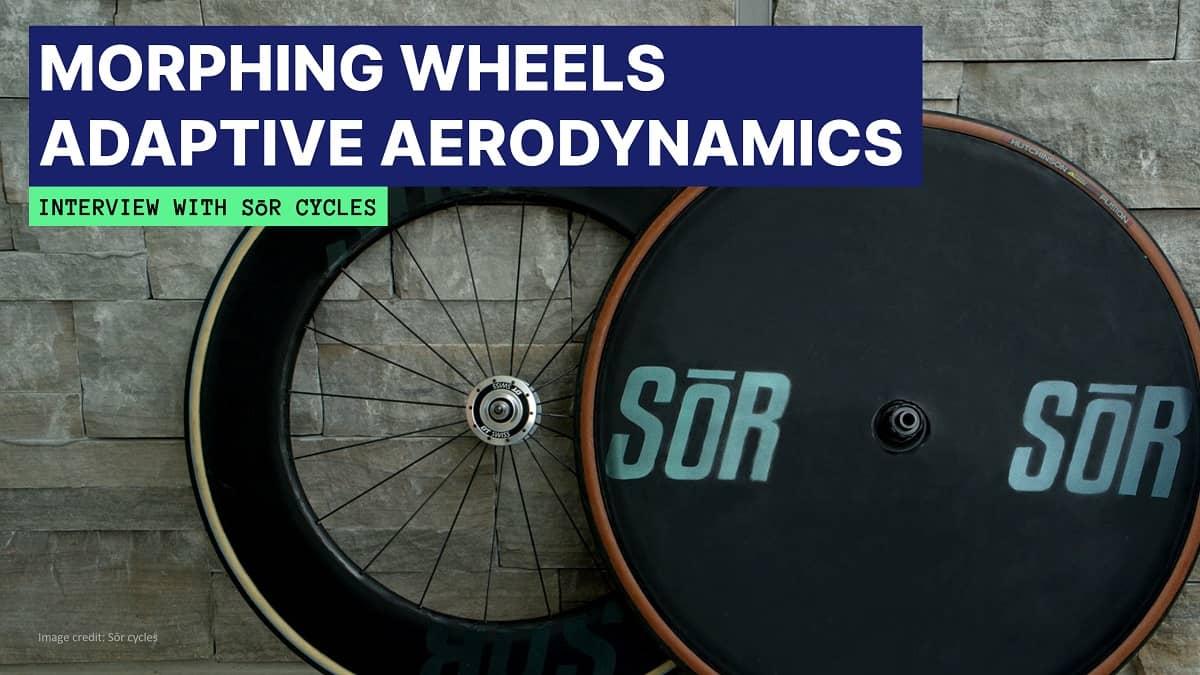 In competitive cycling, aerodynamic wheels have become a standard. Every pro rider, along with many amateurs now ride them on a daily basis. However, cyclists are often concerned about the effects of these wheels on the riding experience and the theoretical aerodynamic benefits never seem to quite match reality.

To help address this issue, Sōr cycles have developed an innovative new wheel that allows anyone to ride in any condition. To find out more about this ground-breaking technology, we interviewed the co-founders of Sōr cycles; Nicole Van Beurden (ex-triathlete) and Phil White (co-founder of Cervelo).

The importance of aerodynamics in cycling

Aerodynamics has a huge effect on cycling performance and is therefore an important consideration in the design of a bike as well as the positioning and clothing of the rider. Check out our previous blog posts and videos, where we have covered aerodynamic clothing for cyclists, the features of an aero bike and discussed how teams in the UCI World Tour deal with cycling aerodynamics.

Over the years, there have been many innovations to improve the aerodynamics of cycling and these have mostly focused on reducing the frontal cross-sectional area. This is often achieved by making the frame thinner but using taller tubes to maintain stiffness. To further improve aerodynamics, manufacturers have also introduced fairings to cover the wheels, commonly known as “disc wheels” to reduce the wake produced by the wheel.

While these aerodynamic advancements have helped reduce cross-sectional area, it has influenced bikes to become more unstable in crosswinds. The nature of thin bicycle wheels means a small tyre contact path which results in less rolling resistance and aerodynamic drag, but also instability. Innovations such as disc wheels can further increase this instability.

The majority of the work carried out by the cycling industry to reduce drag has concentrated on relatively low yaw angles (i.e. not much sidewind). The yaw angle is the angle of the wind relative to the direction of travel. "We felt that the real-world side winds were higher than the theoretical models and that typical rider speeds were lower than the speeds used in testing," explains Nicole Van Beurden, ex-pro long-distance triathlete and co-founder of Sōr cycles.

To prove this, Sōr cycles conducted some real world testing, with the results in the video below. It was found that the yaw angle is a lot higher in real life than in the theoretical scenarios bike manufacturers have been designing their aero for. 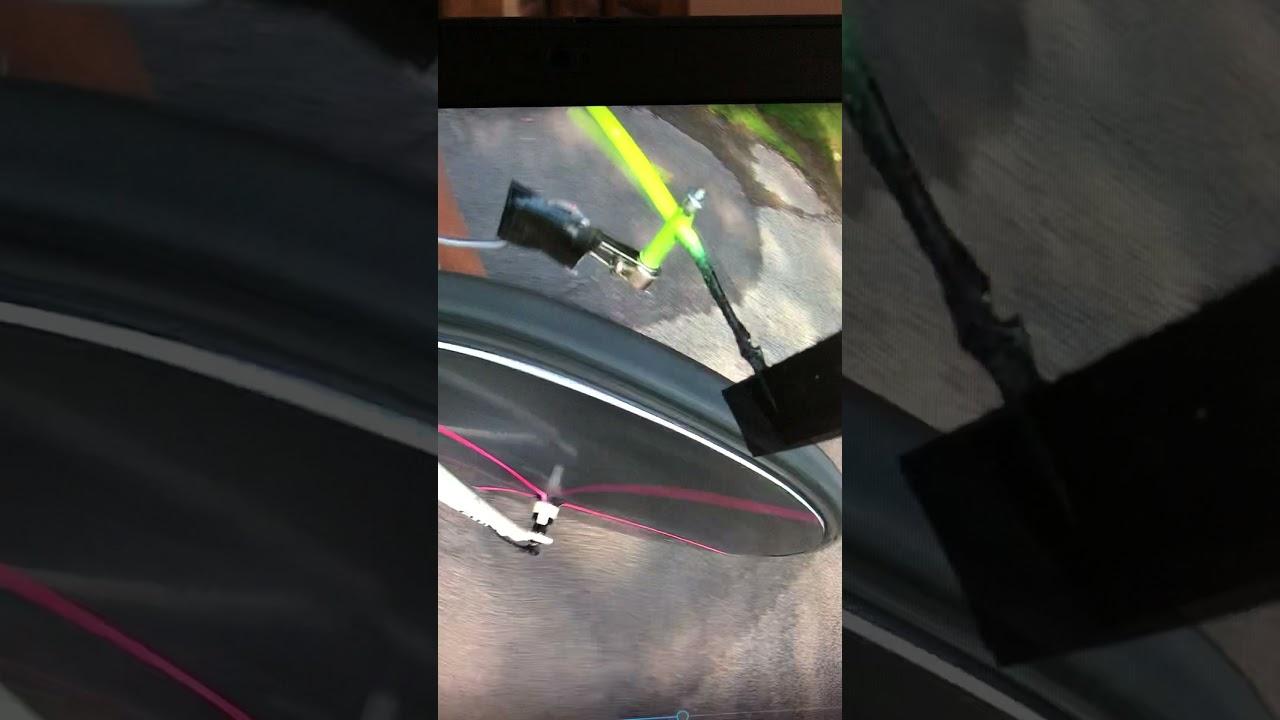 "At these high yaw angles, cyclists often feel instability and are vulnerable to high crosswind gusts," says Van Beurden. "They can also experience further instability from flow separating from the disc wheel causing buffeting. This phenomenon is like a wing stalling, the result is instability, turbulence and drag. These instabilities make it especially difficult for smaller and lighter cyclists, most often women, to take advantage of these disc wheels."

To solve this problem, Phil and Nicole developed a unique new wheel, the Sōr wheel, and Sōr cycles was born. "We have designed a wheel to work at the yaw angle that the rider is feeling," highlights Van Beurden. "The Sōr wheel design immediately adapts to the conditions the rider feels at that second."

In other words, the Sōr wheel is a full wheel for race bicycles that is capable of deforming. When subjected to a headwind it remains a simple narrow wheel, but under side winds the wheel deforms with the leeward side bulging out to form an aerodynamic shape. This encourages the airflow to remain attached for longer, helping to reduce drag and eliminate buffeting.

Should the conditions change a second later, the shape of the wheel automatically adapts to a new optimal shape. This avoids the instability and buffeting problems that is common with aero wheels because the wheel is constantly changing to suit the conditions.

What is truly innovative about this design is that the wheel’s aerodynamic morphing is completely passive. "We took inspiration from the way the wing of a bird or bat can instantaneously and passively optimize itself to wind conditions," explains White. "There are no control systems, no actively moving parts, no linkages, no sensors, no power, just a thin balloon like material that stretches freely but snaps back into shape."

"This intelligent material can dynamically adjust to even the changes in airflow caused by the riders legs," continues White. "It is also so smooth that the rider will not feel any vibrations from the material deforming. Furthermore, the design has a central hidden structure which carries most of the load without effecting the aerodynamics and keeps the wheel extremely lightweight. By separating out these duties, each component is optimized for its role and the overall wheel weight can be much lower while also being more aerodynamic."

The aerodynamics behind the Sōr wheel

The principle behind the Sōr wheel is relatively simple. At 0 degrees angle of attack, the wheel is in its default position and is thin to keep the frontal surface area low. At angles of attack higher than 0 degrees (combined sidewind and forward velocity), the leeward side of the wheel features low pressure and will “bulge out” creating a convex shape. The windward side feels a higher pressure and becomes concave.

The flexibility of the material allows the wheel to absorb gusts of wind. While the Sōr disc can keep the airflow attached up to around 28 degrees of apparent wind, compared to approximately 15 degrees for the leading competitor with a rigid disc.

The material of the Sōr wheel not only changes shape leeward versus windward side, but it also changes shape across a single rotation. So, the shape at the same side of the wheel can be different in front and behind the hub. This allows the Sōr wheel to turn into an airfoil and even result in thrust at certain angles. Similar to a sail on a boat, the difference in pressure created by the concave windward side and the convex leeward side generates thrust.

The other benefits of the Sōr wheel

The benefits of this wheel are not just purely aerodynamic, the confidence this technology provides to the rider can also contribute to optimising performance. "By having more stability, people peddle more efficiently," reveals Van Beurden. "If a normal disc wheel is destabilising you, you use your core to compensate for this. This represents a loss in terms of power going to the pedals."

Overall, the Sōr wheel provides a paradigm shift on how aerodynamic devices on a bike wheel can work. Not only does it reduce the buffeting and instability, but also provides measurable advantages over traditional disc wheels in crosswinds. This will help cyclists of all abilities ride faster for longer in a wide range of conditions.


Designing and Aero Bike to win the Ironman