Superfast Matt is the YouTube channel of Matt Brown, an Automotive Engineer who has spent the last decade working at Tesla, Apple and NASCAR. Today, he spends his time designing and building some seriously whacky, but innovative, vehicles. He has made a motorcycle-powered car, integrated a Tesla Model 3 powertrain into a 1950 Jaguar and now he is building a land speed record car, by himself.

The faster a vehicle moves, the more air it has to push through and the higher it’s drag. In fact, the aerodynamic drag forces acting on a body increases with the square of velocity.

To overcome this aerodynamic resistance, you need more power. However, the power required to accelerate a vehicle through air is equal to the product of this drag force and the velocity. So, the power you need scales with the cube of velocity. In other words, to travel twice as fast, you need eight times more power.

This is why land speed record cars look like cigars on wheels. Minimizing the frontal surface area and making the vehicle as streamlined as possible is the only way to achieve the high speeds in land speed competition.

To help Matt optimize the aerodynamic efficiency of his land speed car, we introduced him to AirShaper and the capabilities of our Shape Optimization algorithm.

In land speed competition, the regulations define several areas where the shape of the car can be modified. This includes the front of the nose, the top of the nose and the area ahead of the front wheels. After defining a few parameters, the AirShaper Aerodynamic Shape Optimization algorithm automatically morphed the shape of these areas to reduce the overall drag of the car.

Optimizing the front of the nose

At the nose, the original design features a fairly short nose with a relatively "flat" front. When the air hits this flat front, the pressure builds up (all the way to the stagnation pressure). As shown below, the software suggested increasing the length of the nose to create more of a teardrop shape. This reduces the size of the high pressure area and provides a smoother "piercing" of the air, resulting in a drag reduction of 1.7%.

Optimizing the top of the nose

At the top of the nose, the air passes in between the wheel arches. Along this trajectory, the air will accelerate and decellerate. This also leads to variations in pressure, as pressure and velocity are linked to each other via the Bernoulli equation. The algorithm has altered the height of the area in between the wheels long the length of the car. As a result, the pressure pattern is now smoother. This reduction in variation for pressure and velocity leads to lower energy losses, reducing the drag by 0.3%.

Optimizing the area in front of the wheels

At the front, the air hits the exposed part of the wheels, which causes the air to 'splash out' around the wheels. Production cars manage this affect by using air deflectors. These are miniature bumps that help to push the air out of the way before it hits the tire.

This is exactly what the shape optimization suggested. Without any external input, the algorithm identified that this was a potentially disastrous area for drag and so morphed the shape to act like a deflector and minimise drag.

Within just a few days of simulation time, Matt had a fully optimized 3D model, which he could then import into his own CAD software. This allowed him to iterate the design, taking into account other constraints such as manufacturing and packaging.

Overall, AirShaper's Aerodynamic Shape Optimization software reduced the drag of Matt's land speed car by over 2%. This will help him develop an aerodynamically efficient car that is capable of achieving higher top speeds and hopefully, beating his competition. 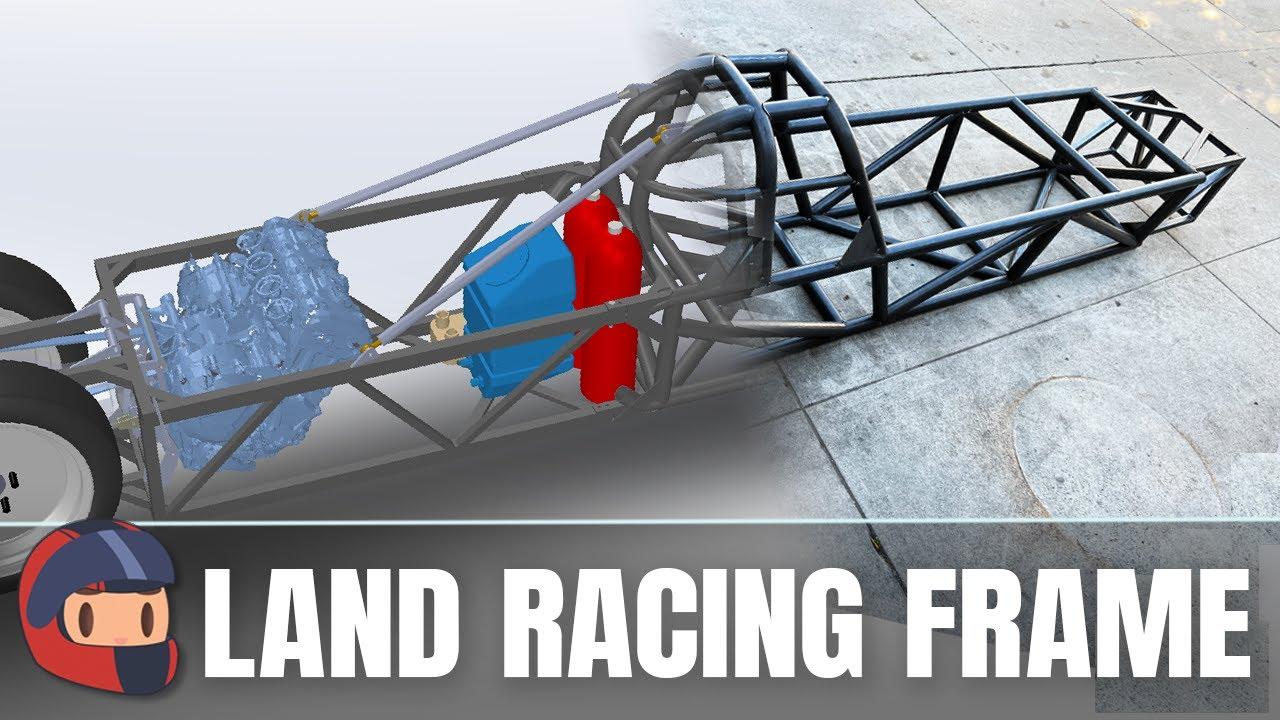