What is a Drag Coefficient? 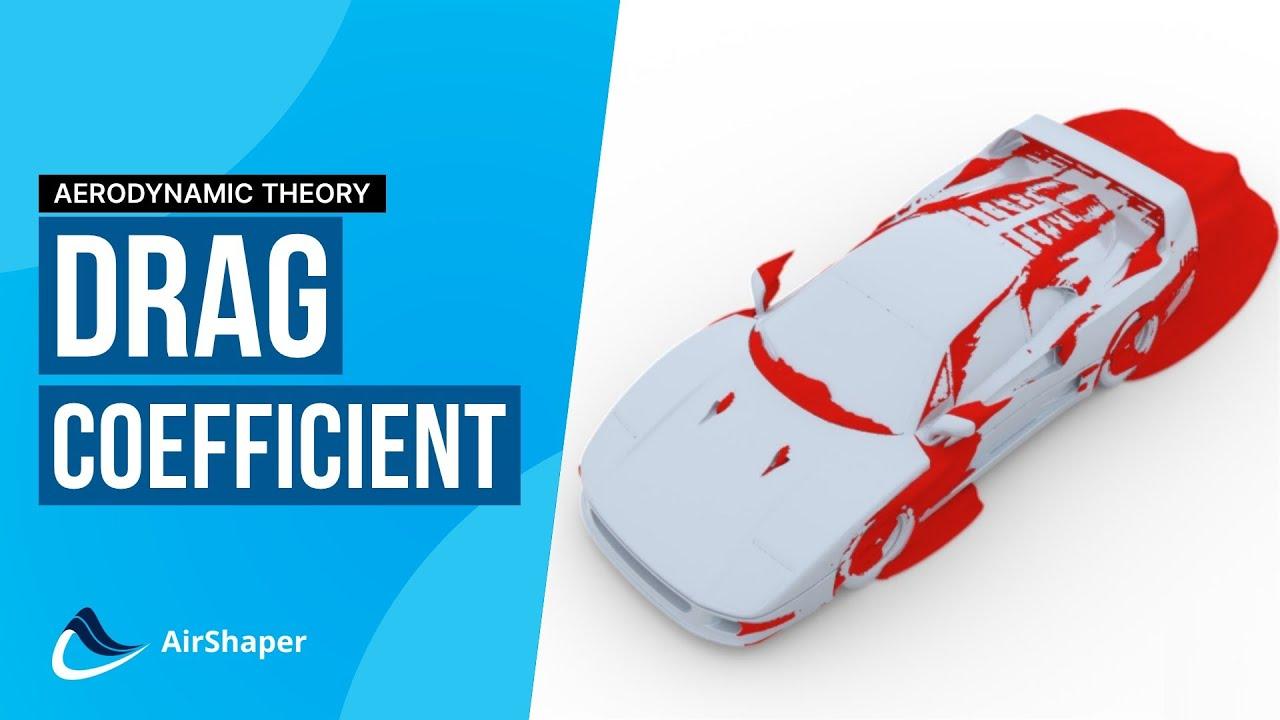 What is a Drag Coefficient?

The definition of drag

The Drag Coefficient Cd is a dimensionless number that is used to quantify the resistance of an object relative to it's frontal area as it moves through a fluid. It allows aerodynamicists to model the influence of shape, inclination and flow conditions on aerodynamic drag. As the coefficient of drag is dimensionless, aerodynamicists can easily compare different designs to determine which has the best aerodynamic efficiency.

Imagine a teardrop-shaped object, as fluid flows around it, it remains attached to the surface, resulting in minimal drag. An object like this can have a Cd value as low as 0.05 [1], whereas a flat plate perpendicular to the fluid flow will create a large wake of turbulent air, increasing the drag value to 1.1 [1].

The following equation can be used to calculate the force on an object moving through a fluid such as air, water or oil.

If you know the drag force on an object with a particular shape at a certain speed, such as in a wind tunnel, the above equation can be rearranged to calculate drag. This is particularly useful as the calculated Cd can then be used to extrapolate the drag force to different velocities or different sizes of the same design.

Calculating the drag coefficient of an airfoil

Let’s work through an example and calculate the drag of a small airfoil with a frontal area of 0.5m². Wind tunnel data at 20degC (60degF) and 1atm showed that the NACA 2412 airfoil generated around 1.505N of drag at 10m/s [2]. Using the drag force equation above, we can plug in the known values and the drag coefficient will be calculated. Note that at 20degC (60degF) and at 1atm, the density of air is about 1.204kg/m³.

First, rearrange the drag force equation to solve for Cd:

Next, plug in the given values for drag force (Fd), density (ρ), velocity (u) and frontal area (A):

Now we can calculate what the drag would be for the full size airfoil with a frontal area of 10 m²:

How to use drag coefficients correctly

While drag coefficients are incredibly useful for scaling the drag force for different sizes or comparing the aerodynamic efficiencies of a variety of designs, you must be careful when extrapolating data for different speeds and densities.

It is important to remember that drag varies with Reynolds number. The Reynolds number is a dimensionless quantity which defines the ratio between the inertial forces and the viscous forces of a fluid. It essentially describes how the behaviour of air changes with temperature, pressure, velocity and the type of fluid.

The Mach number is the ratio of air velocity to the speed of sound. At supersonic speeds, shock waves present in the flow field create a significant amount of wave drag, resulting in a higher measurement of drag. So, whenever you are extrapolating a drag force, it is important to ensure that conditions such as the Reynolds number and Mach number are consistent between experiment and reality.

The beauty of drag coefficients is that they allow us to compare the aerodynamic efficiency of anything from a car to a building. For example, a car like the Toyota Prius has a Cd of around 0.24, while a bus has a Cd between 0.6-0.8 [3]. You could even go wilder and compare to nature, birds have a Cd of approximately 0.4, while a cow's Cd is 0.5 [4].

Drag coefficients are not only useful for comparing different objects, but also for different designs of the same object. Consider a vehicle; fuel consumption or battery range are significantly affected by the total drag of the vehicle. Aerodynamicists can use drag coefficients to compare and optimise the shape of wing mirrors and spoilers to minimise drag. This also means that only the designs with the most potential are tested in wind tunnels, reducing development time.

In fact, this is precisely what Formula 1 teams do. Hundreds (sometimes even thousands) of different designs are run through CFD simulations to identify the iterations that will gain the most aerodynamic performance. These are then tested in a scale model wind tunnel under different flow conditions, with only a handful ever making it onto the racecar.

To accurately measure the drag of an object a variety of force measurement techniques are used, often during wind tunnel tests. However, if this is not possible or too expensive then you can measure the drag yourself with a coast down test, which is commonly used in automotive. It is a relatively simple way to measure the mechanical and aerodynamic resistance that acts on a vehicle.

Essentially, a car is accelerated to a set speed and the clutch is engaged. The vehicle then slows or ‘coasts’ down in neutral. By recording the distance travelled and the time taken, the aerodynamic drag can be calculated.

There are two main forces acting on the vehicle to slow it down. The first is the mechanical force of the drivetrain, such as friction in the axles, bearings and so on. The second is the aerodynamic force such as drag. Quantifying these forces on a vehicle can be challenging, but a simple back-to-back coastdown test can estimate the drag of that shiny new rear wing you’ve just added to your Honda Civic.

To do this you will first need to conduct the coastdown test without the rear wing. Note the top speed and the distance (or time) taken to come to a complete stop. Next, attach the rear wing and repeat the test at the same top speed and the car should come to a stop sooner. Plot the speed over time (or distance) and the area under the curve will equate to the total drag force.

The difference between the two runs represents the total drag force of the new wing. You can then use the drag equation, as explained above, to calculate the drag coefficient of the wing. Provided that the shape remains the same, you can also calculate how much drag the car will have to work against if you increase or decrease the size of the wing.

Drag coefficients are an essential consideration throughout the design process of any object that interacts with a fluid. When determining which design has the highest performance, engineers can rank them in order of drag coefficients. Alternatively, aerodynamicists can take inspiration from other aerodynamic shapes with low drag coefficients – no matter what industry they come from. For example, Mercedes once designed a roadcar that was inspired by the hydrodynamics of a fish!

So, whether you are developing a drone that needs to fly as far as possible on a single charge, or help a cyclist achieve a higher top speed - you will always be trying to reduce the coefficient of drag.

[2] 2021. Analysis of various NACA airfoil and fabrication of wind tunnel to test the scaled-down model of an airfoil [Online]. IOP Conference Series: Materials Science and Engineering. 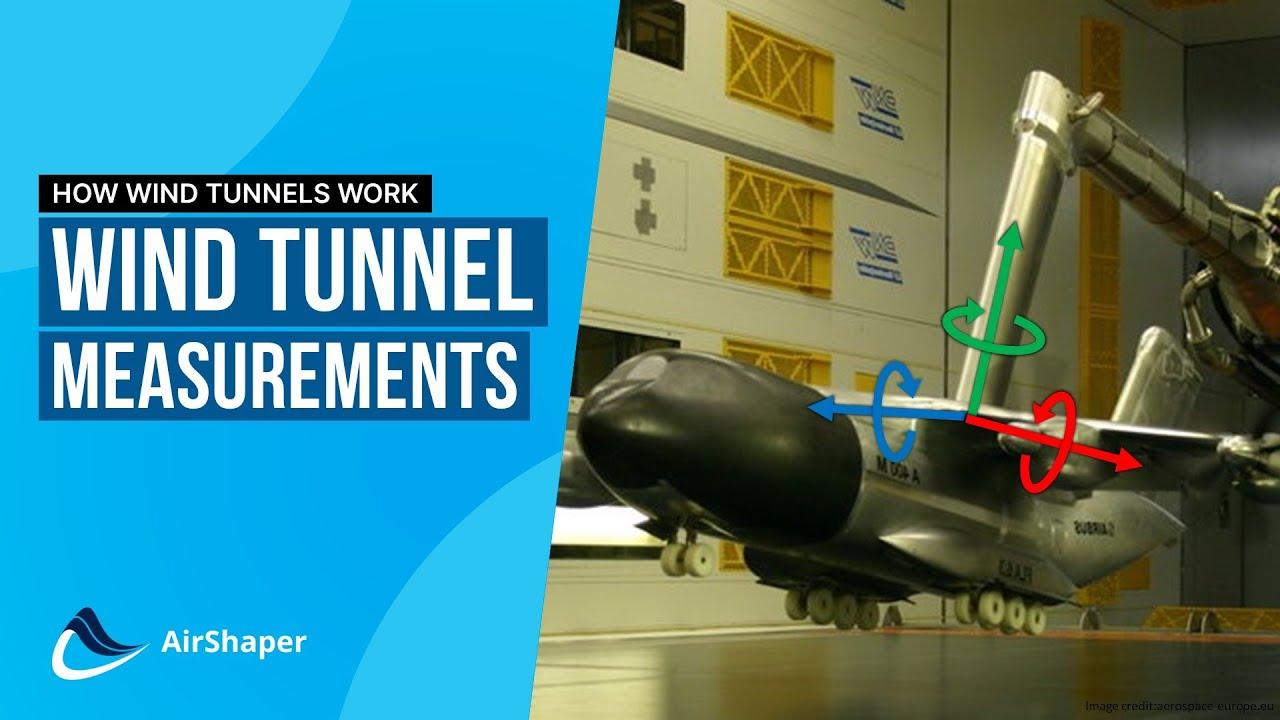